On 14 November 2021, the Salesian Community of Sacred Heart College, Tirupattur and the friends of Fr. Joseph Murphy gathered at the college to remember and pay tributes on the 50th anniversary of his death. The young Salesians and college students carried Fr. Murphy’s portrait in procession and installed it near the college office.

Many of Fr. Murphy’s former students, among whom were senior Salesians and faculty members who had served the college under his leadership, along with the present faculty and students, joined the solemn Eucharistic celebration offered in his memory. Delivering the homily Fr. K. J. Louis SDB, one of Fr. Murphy’s former students, remembered Fr. Murphy as a great human being, an outstanding educator and loyal son of Don Bosco. Describing Fr. Murphy’s death during the cricket match 50 years ago, on 14 November 1971, Fr. Louis said, “After taking six wickets, sure of his team’s victory, he collapsed on the pitch, thus ending his brief but glorious innings of 51 years on this earth. We can imagine him walking right into the celestial pavilion with his head held high and a charming smile playing on his lips, and the heavenly stadium resounding with the sound of angels cheering him and accompanying him to the victory stand.”

“True to the epitaph inscribed on his tombstone ‘Though dead, he still speaks’ (Hebrew 11:4), Fr Murphy continues to live in the hearts of Salesians and young people in the campus through the values of hard work, kindness, primacy of God and love for the poor that were so dear to him. In fact, Fr Murphy is the author of the College motto, Ready for every good work”, said Fr John Alexander SDB, Rector of Sacred Heart College in his welcome address.

Later, speaking at the tomb of Fr Murphy, Fr. Joseph Berchmans, another former student of Fr. Murphy, recalled: “Standing at the very same spot in the cemetery exactly fifty years ago, I was privileged to bid farewell to Fr. Murphy through a funeral oration on behalf of the young Salesians and students. He was dear to God and dear to people.”

Born in Newcastle in England on 4 April 1920, Fr. Murphy arrived in India in 1938 as a newly professed Salesian when he was just 18 years old. He completed his Salesian formation and ecclesiastical studies at Tirupattur and was ordained a priest in 1948. After getting academically qualified in Mumbai University, in 1953 he was appointed Vice Principal of Sacred Heart College which had received provisional affiliation in 1951 with Fr. John Med as the first Principal. In 1954, Fr. Murphy was appointed Principal of the college. In the next nine years, he nurtured it and set it on the road to academic distinction and all-round excellence in the University of Madras.

The College community also paid tribute to two other Salesians, Fr Vincent Durairaj and Bro. Joseph Das, who had served the college with distinction and passed away to eternity very recently. 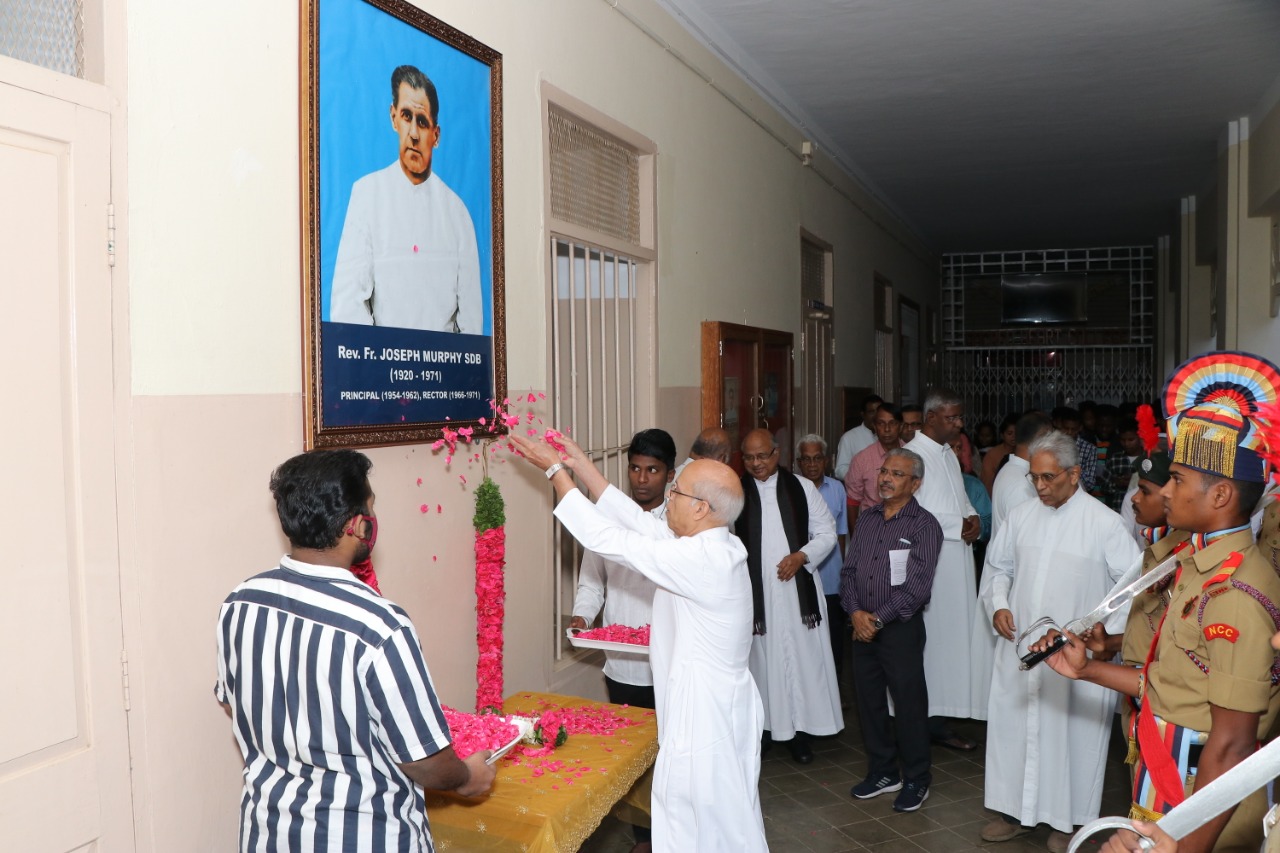 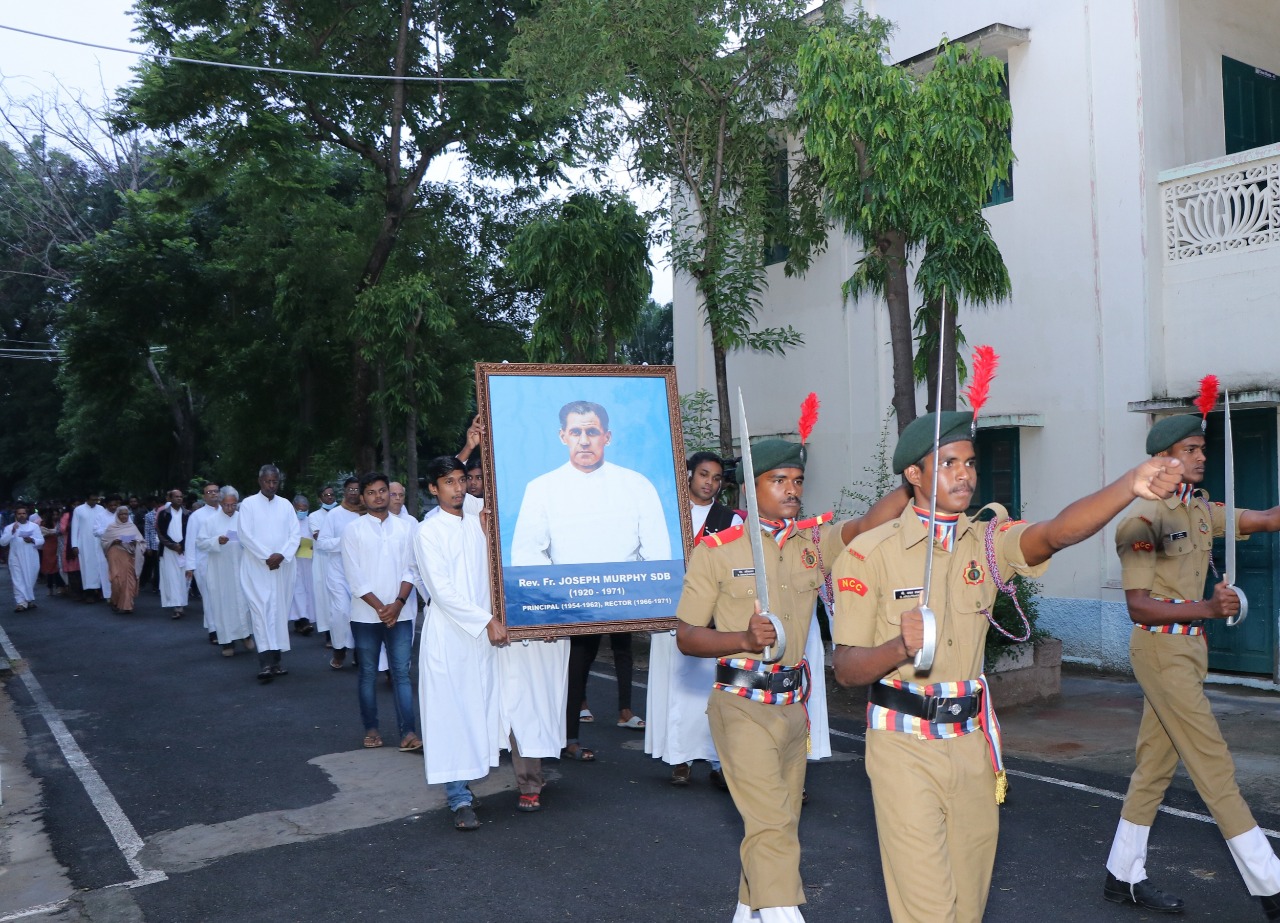