Report of the Invited Talk on Translation Theory and Practice

The PG and Research Department of English, Sacred Heart College (Autonomous), Tirupattur Dt. organized an invited talk on Introduction to Translation Theory and Practice on 23.08.2022. The session commenced at 11.10 am with a prayer song. The main motto of the invited talk was to make the students understand translation theory and acquire the skill of translation.

The invited talk was hosted by Ms. Ashwini from I M.A. English. During the inaugural ceremony, M. Agalya of II B.A. English welcomed the gathering and the dynamics of the day was given by Ms. J. Mary Jenif, Head, UG Department of English Shift-II. Mr. U. Kamesh, the organizer of the invited talk introduced the resource person and Mr. S. Saravanan, the President of the association felicitated the resource person.

On the whole 120 students from III UG and PG students of English, Shift-II participated and got benefitted out of the invited talk 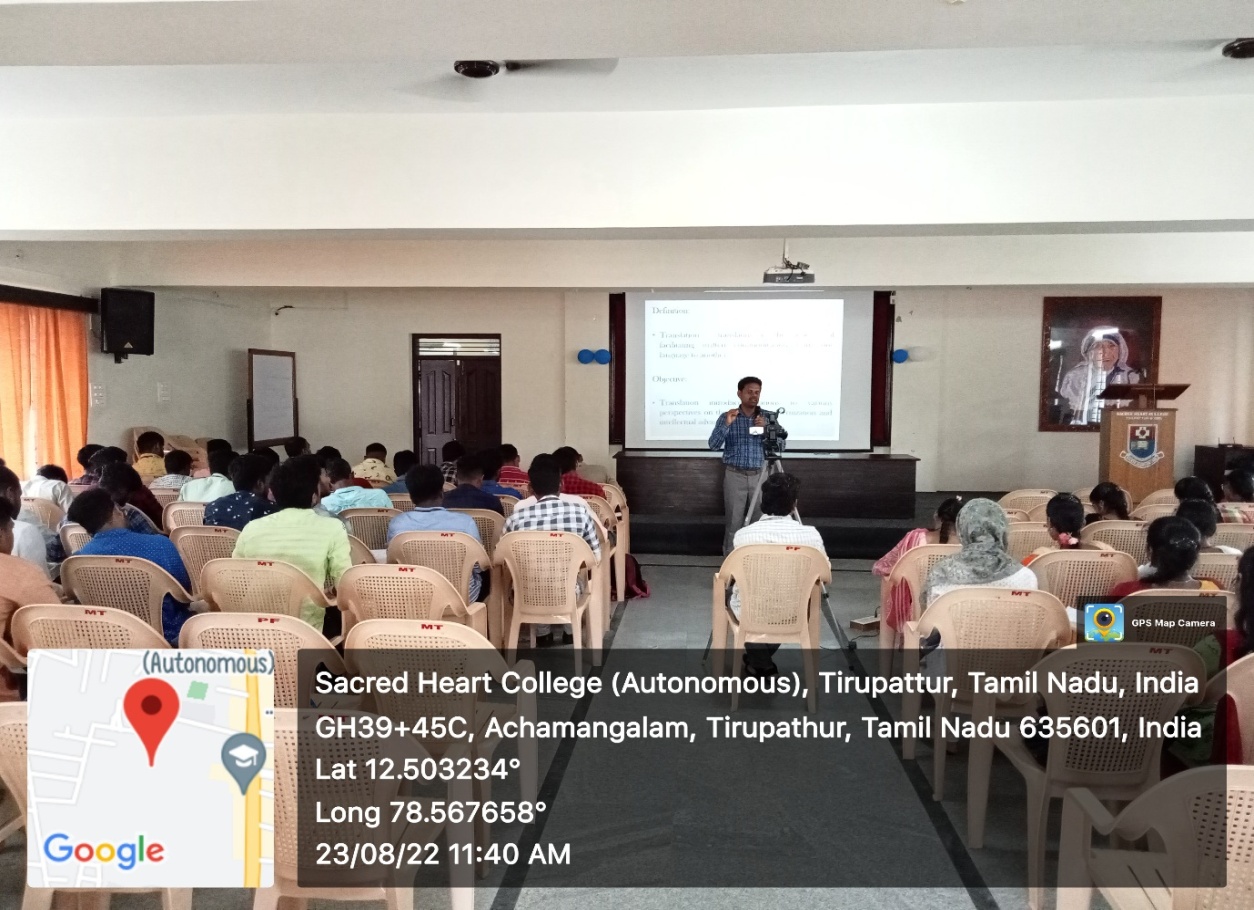 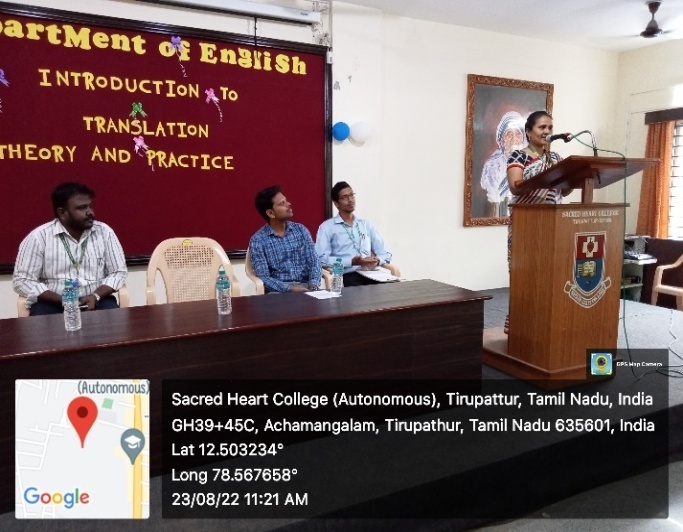 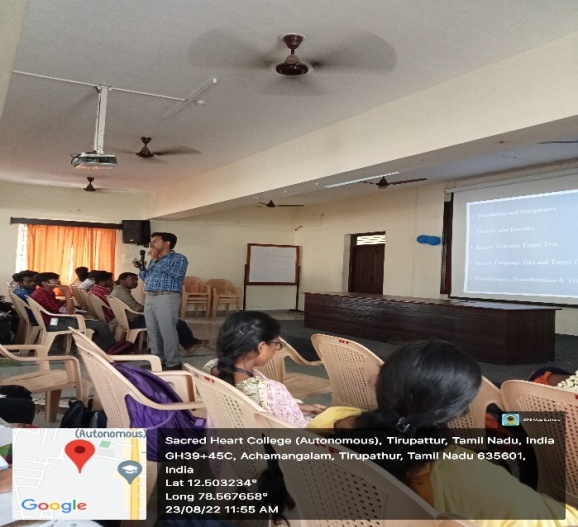