Inauguration of Regular classes for 1st UG and PG Students

Regular classes for the first UG and PG students began on the 8th of February 2021, in compliance with the government orders. The first year UG and PG students were asked to gather in the Kamarajar Arangam, at 9. a.m. The induction began by lighting of the lamp and invoking the blessings of God through worship and prayer, led by Rev. Dr. Gandhi Kallarasan, Administrator & Campus Minister. Rev. Dr. John Alexander, the Rector  & Secretary welcomed the students and introduced the Salesian system of education. He formally introduced the Salesians who are holding various capacities in the college. Rev. Dr. D. Maria Antony Raj, the Principal, introduced the Rector, Rev. Dr. John Alexander. In his address to the freshers, father welcomed and narrated the reputation of Sacred Heart College. He insisted on discipline in and outside the campus. Father also enumerated the core values of the college, i.e., Primacy of God, Honesty, Respect for all, Being Responsible and Pursuit of excellence. He directed the students to be watchful and follow the instructions displayed on the noticeboard. The principal also introduced the office bearers, namely the Vice-Principals, the Deans, and the Heads of the Departments of the college. Dr. A. Albert Irudayaraj, the Dean Shift-I and Dr. P. Selvakumar, Head, Department of Tamil, read out the rules and regulations of the college. The inauguration ended with the Vote of Thanks by Dr. Nahren Manuel, Asst. Professor, Department of Chemistry. As a continuation of the inauguration, the students were allowed to go around the campus to become familiar with it. 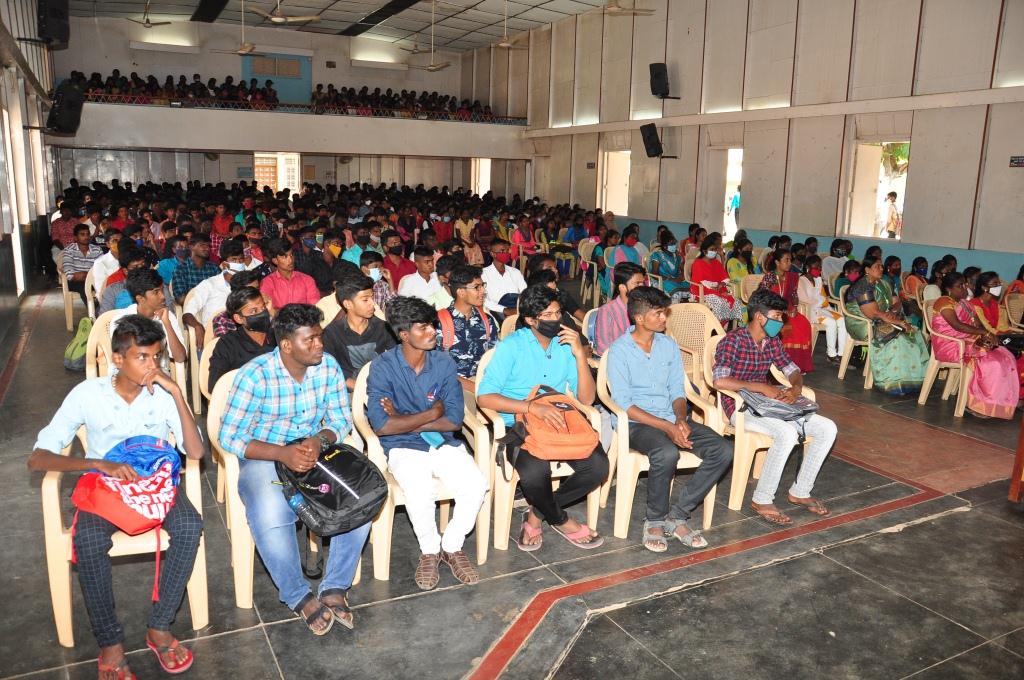 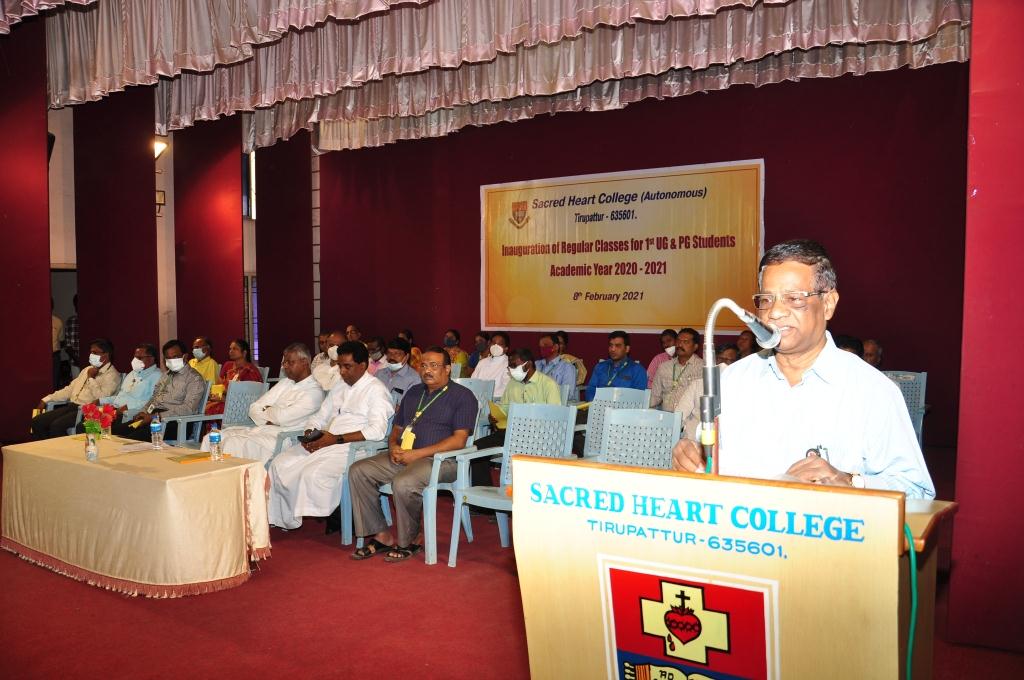 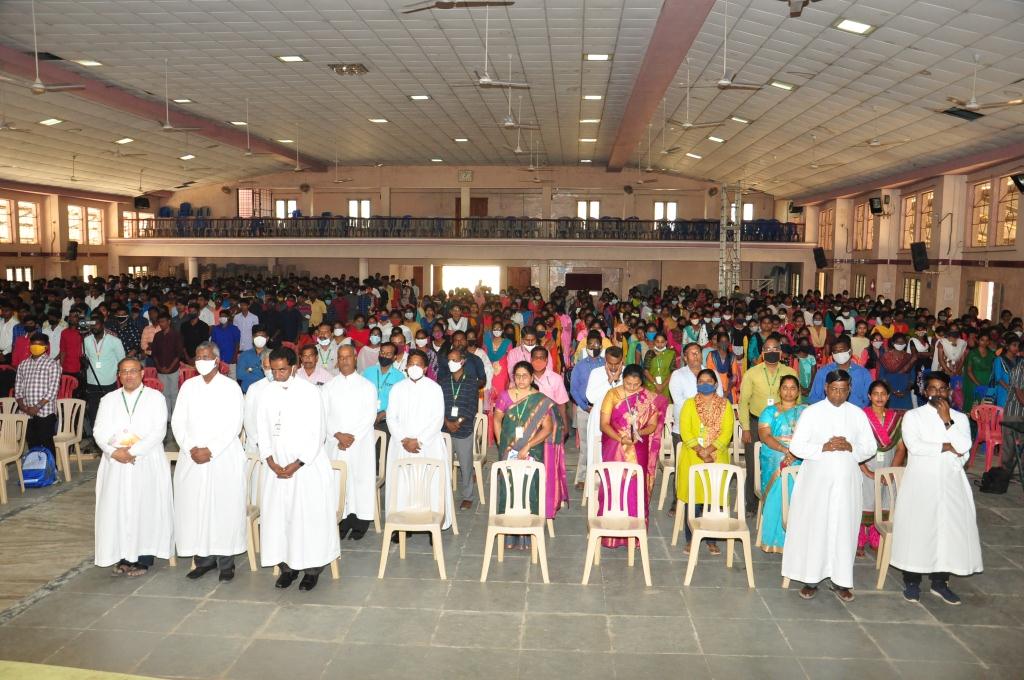