The International Women’s Day programme which is a gesture of celebrating the womanhood worldwide was celebrated in the AICTE women cell on 7th March, 2022 this year. The programme was planned to be carried out in multiple phases with several events as,

As the theme for International Women’s Day 2022 is ‘Gender Equality Today for Sustainable Tomorrow’ the AICTE men planned to conduct ‘flash mob’ in public places depicting the theme- gender equality. The programme was initiated by Rev.Dr.D.Maria Antony Raj, Principal Cum Director of MBA followed by Rev. Dr. Angelo Joseph who motivated the students for taking up the initiative and encouraged them for excellent execution and Dr. S. SasiKumar – Head, MBA and Dr. A. George Louis Raja- Head, MCA also wished the students for the same. The Flash mob programme took place in five different places of Tirupattur- housing board area, taluk office, sub registrar office, bus stand and market area. The programme had reached the public at large with an appreciation from them. The town police gave protection to the students throughout the programme and helped the students in executing their plan.

The second part of the programme involved in signature campaign with an idea of making both men and women students of the college to take up pledge relating to women equity. Both the MCA and MBA students involved in the campaign and worked on the following pledge ideas:

The third part of the programme was for the women folks of the college. The programme was conducted in an informal way accommodating space for the AICTE women to exhibit their various talents. Games and activities were conducted under the guidance of Dr.R.Arockiamary and Dr.Saravana Priya. The programme created vibes among the students and made their celebration meaningful.

At the end, the women were involved in seed ball making as an initiative to disseminate the message on the importance of eco friendliness and going green, among the public. 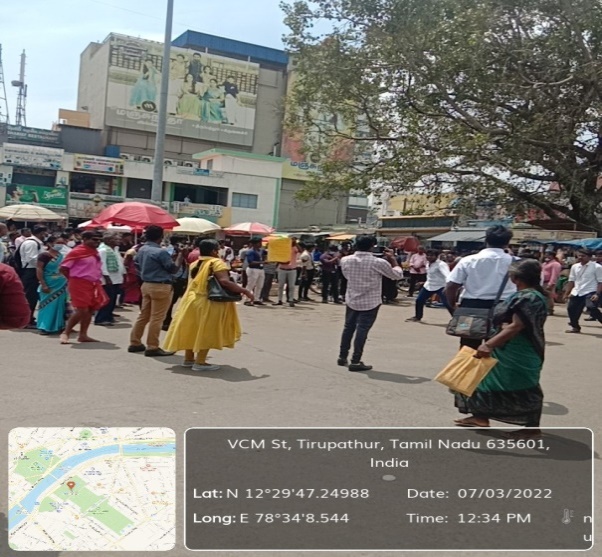 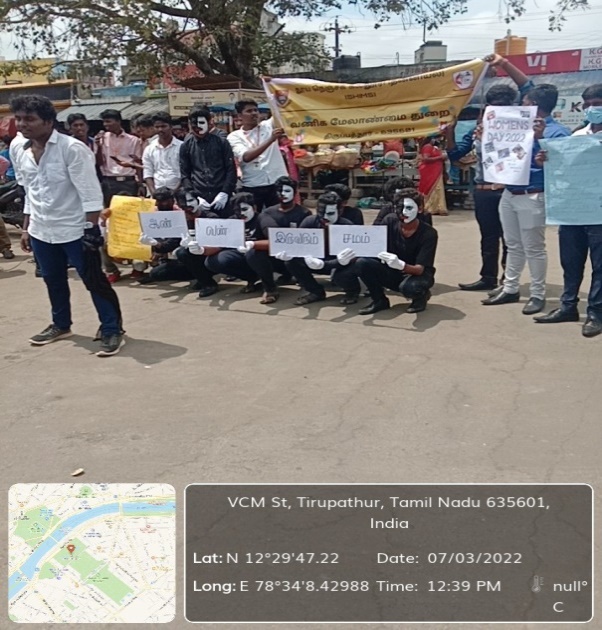 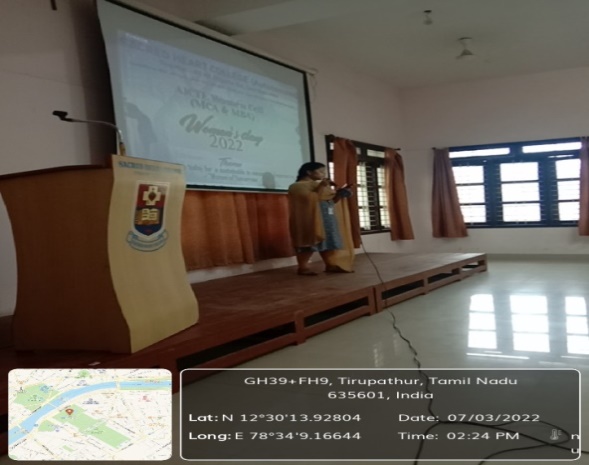