Sacred Heart College, true to its mission and vision of working for the upliftment of the downtrodden and the oppressed, organised a protest gathering in Kamarajar Arangam at 9.30 a.m. on 27th October 2020 demanding the release of the social worker and tribal rights defender Fr. Stan Swamy SJ, who was arrested in October 2020.

The protest was chaired by Rev. Dr. John Alexander, the Secretary and Rector of the college. Rev. Fr. David Job, the Parish Priest of Tirupattur, began the protest with prayers. Rev. Dr. D. Maria Antony Raj, the Principal welcomed the gathering and Rev. Dr. Sr. Arockia Jayaseely, Head, Mary Immaculate Convent, gave an overall tone for the gathering by capturing vividly the self-sacrificing life of Fr. Stan Swamy in her fluent Tamil.

Fr. Stan Swamy, a Jesuit priest who was the voice of the marginalised tribal people in Jharkhand for more than four decades was arrested by the National Intelligence Agency (NIA) on October 8, 2020 from his residence and imprisoned in Mumbai.  A Tamilian hailing from Trichy, he sacrificed his life defending the rights and privileges of the tribals by his writings and speech. Having advanced in age with a number of health issues including Parkinson’s is a cause of major concern and worry as he had been lodged in the prison with minimal facilities. He had been falsely accused and implicated to Bhima Koregaon riots that took place in Maharashtra in 2017. The sad fact was that Fr. Stan had not visited this place in his life time. In one of his interviews, he had claimed that his emails had been tampered and implicative materials had been interpolated which had lead to his arrest. Though the octogenarian had extended cooperation with the investigation, none of the false accusations had been proved so far.

The speakers highlighted that the present ruling government suppresses the dissenting voices of intellectuals, puts behind bars the people who defend the rights of the poor and falsely implicates the human rights activists. One such example is Fr. Stan Swamy who became the voice of the voiceless tribal community of Jharkhand. The arrest of Stan was condemned by none other than the State Chief Minister Mr. Hemant Soren.

It is imperative that we too join the million voices across India and the world at large asking for justice and the immediate release of this physically fragile Roman Catholic priest. If we do not stand up for justice today, no one will stand up for us tomorrow. Let's speak loud!  Let us demand the Government of India, to release immediately the innocent tribal rights crusader Stan Swamy.  Let us send a clear message to the ruling class not to crush India's democratic right to freedom of expression. Let's all stand together to protect human dignity and the sovereignty of the nation.

The protest ended with Rev. Dr. John Alexander, Secretary and Rector of the college thanking all the participants for their solidarity in taking part in the gathering and read out the 5-point resolutions. They were: 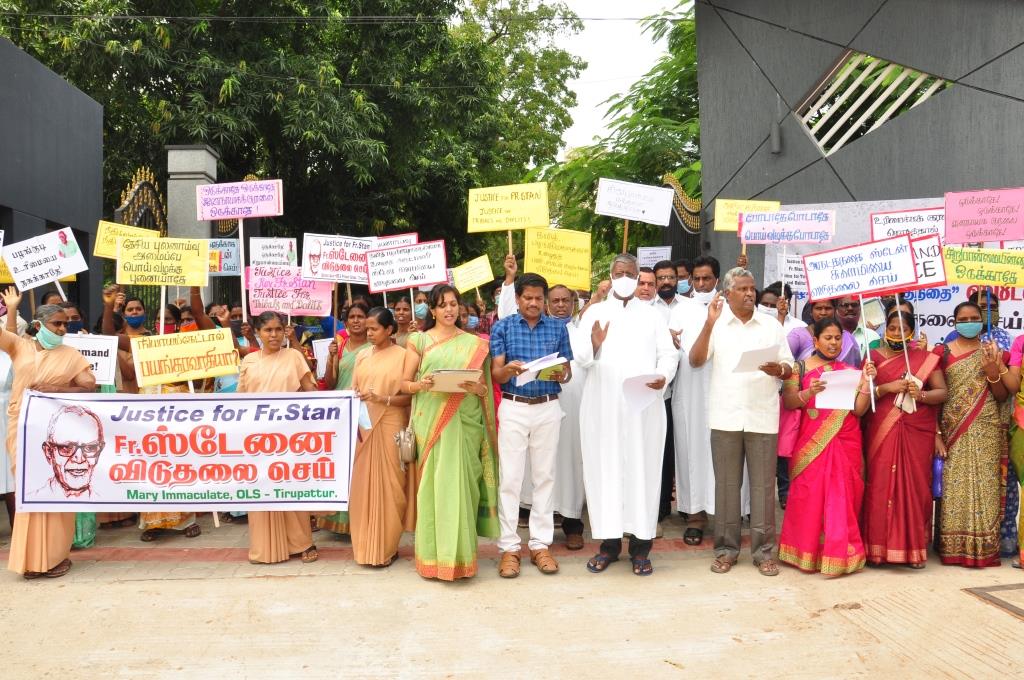 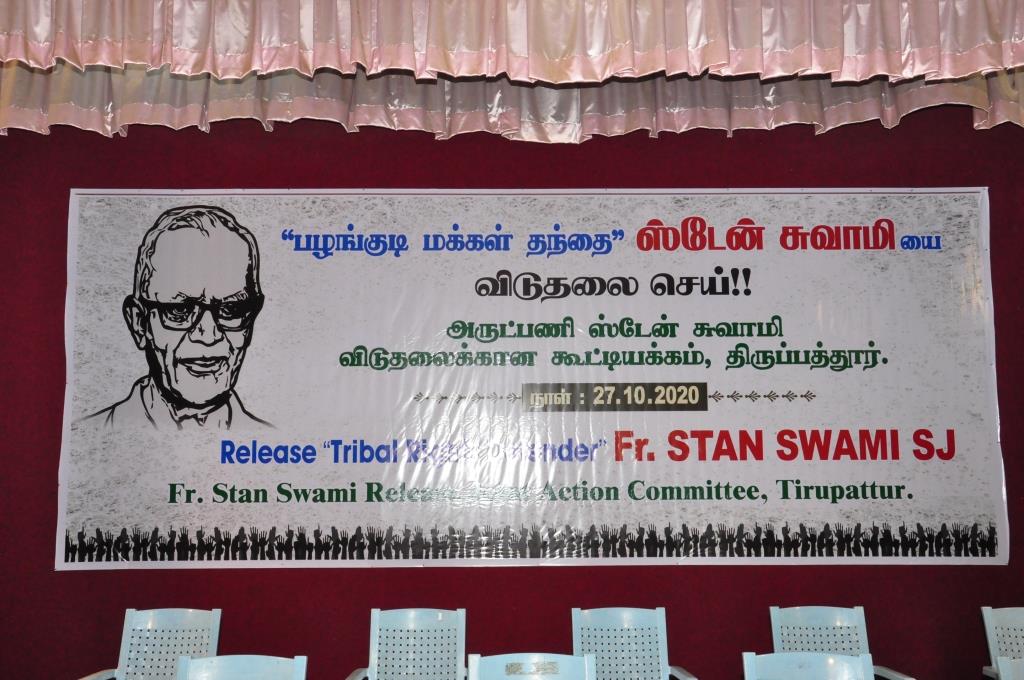 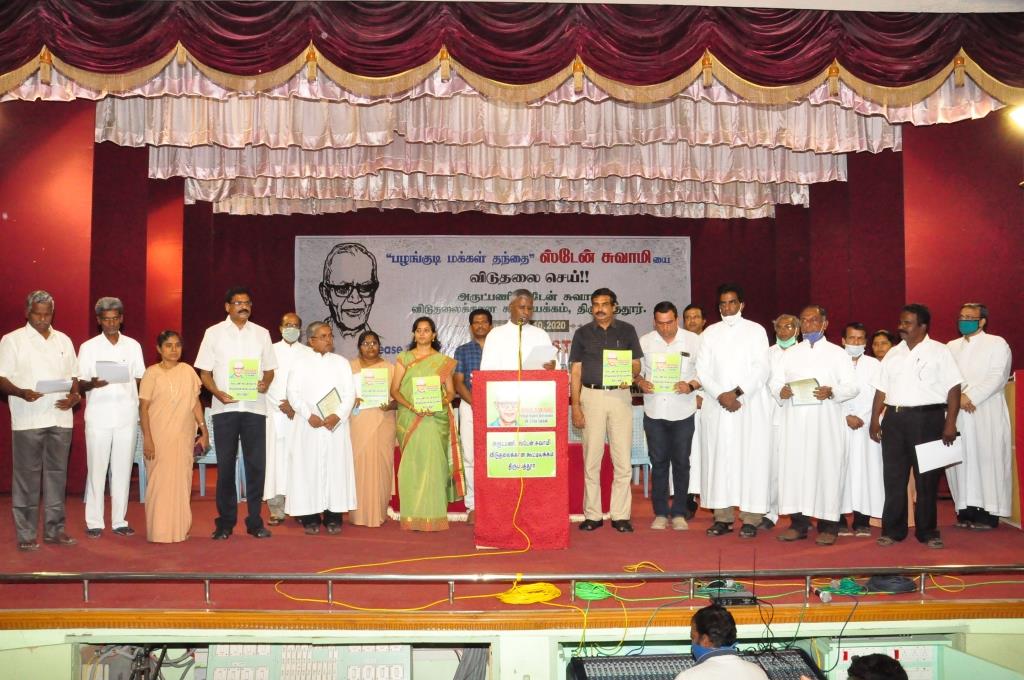