Inauguration of Academic Associations, Groups and Movements, and Outreach Programme

The Inauguration of Academic Associations, Groups and Movements, and  Outreach Programme was held on the 6th of August 2022, at 10.30 a.m. in the Kamarajar Arangam. The programme commenced with the prayer service and the investiture of the office bearers  led by Rev. Dr. Gandhi Kallarasan, SDB, Campus Minister. Rev. Dr. John Alexander, SDB, the  Rector and the  Secretary, welcomed the gathering. In his welcome address, he appreciated the office bearers and motivated the students to look for opportunities. He referred to Robin Sharma’s famous book, The Leader Who Had No Title.  Father said, to be a leader a title is not necessary.

Rev. Dr. D. Maria Antonyraj, SDB, Principal, felicitated and introduced the chief  guest Prof. Dr. M. Chandran, Controller of Examinations, Thiruvalluvar University. Rev. Fr. Principal in his felicitation address, appreciated all the leaders and said that, a leader is one who sacrifices, a leader should lead with dignity, should be available anytime,  and should come out of the comfort zone. To inspire the students, father shared an anecdote of how a shark when placed inside a glass tank with other fishes kills and consumes it. But when a fibre glass is placed in between the shark and the other fish, the shark tries several times to catch it’s prey but fails and therefore the shark gives up even when the fibre glass is removed. The story suggests that, the shark in spite of being capable of catching it’s prey,  it never tries, as it is deceived  by it’s several failures. The students unlike the shark, shouldn’t fail to realise their potential, and never give up trying.

After the address, a video presentation of the activities of Academic Associations, Groups and Movements, was presented by Rev. Dr. G. Theophil Anand, SDB, Vice Principal, Administration.

The Chief Guest Prof. Dr. M. Chandran, Controller of Examinations, Thiruvalluvar University in his address, spoke of the responsibility of leaders. He discussed on how our actions have a mass effect. Leaders should inspire others, their thoughts should be clear and they should set an example for others.

The Chief Guest address was followed by the Vote of Thanks, proposed by Mr. V. Madhan Kumar, Asisstant Professor of English. He thanked the Vice-Principal, the Deans, Heads, the presidents of the academic and non academic associations, the technical team and the secretaries of various associations for their unstinted support. 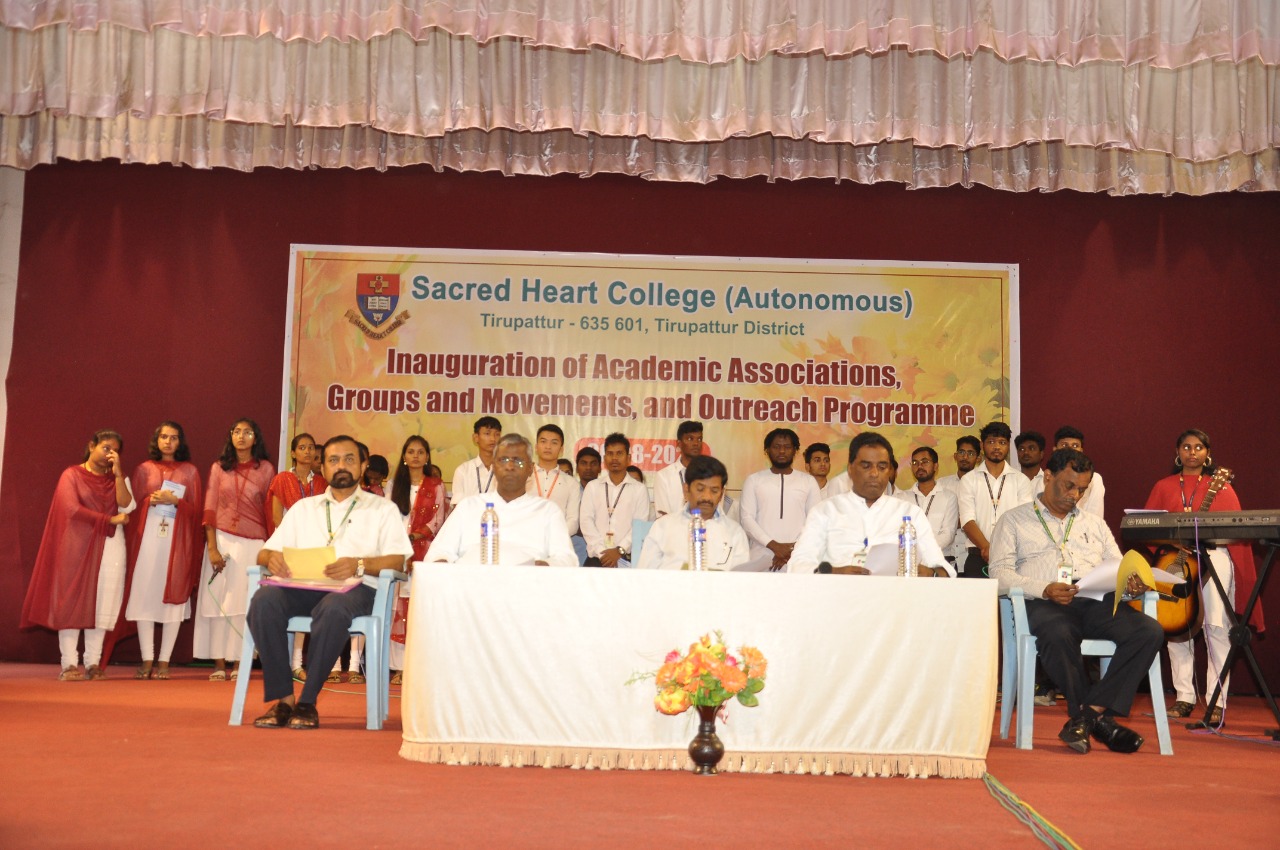 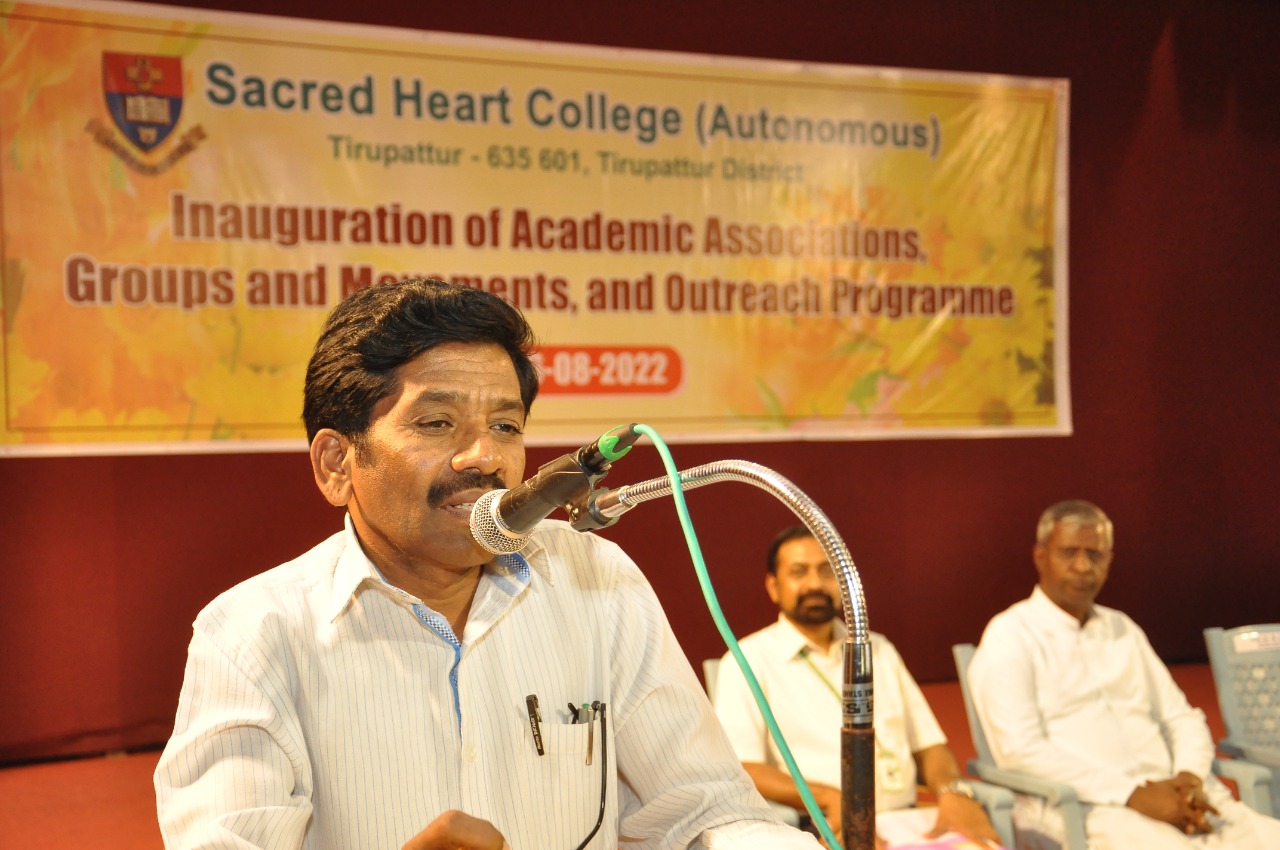 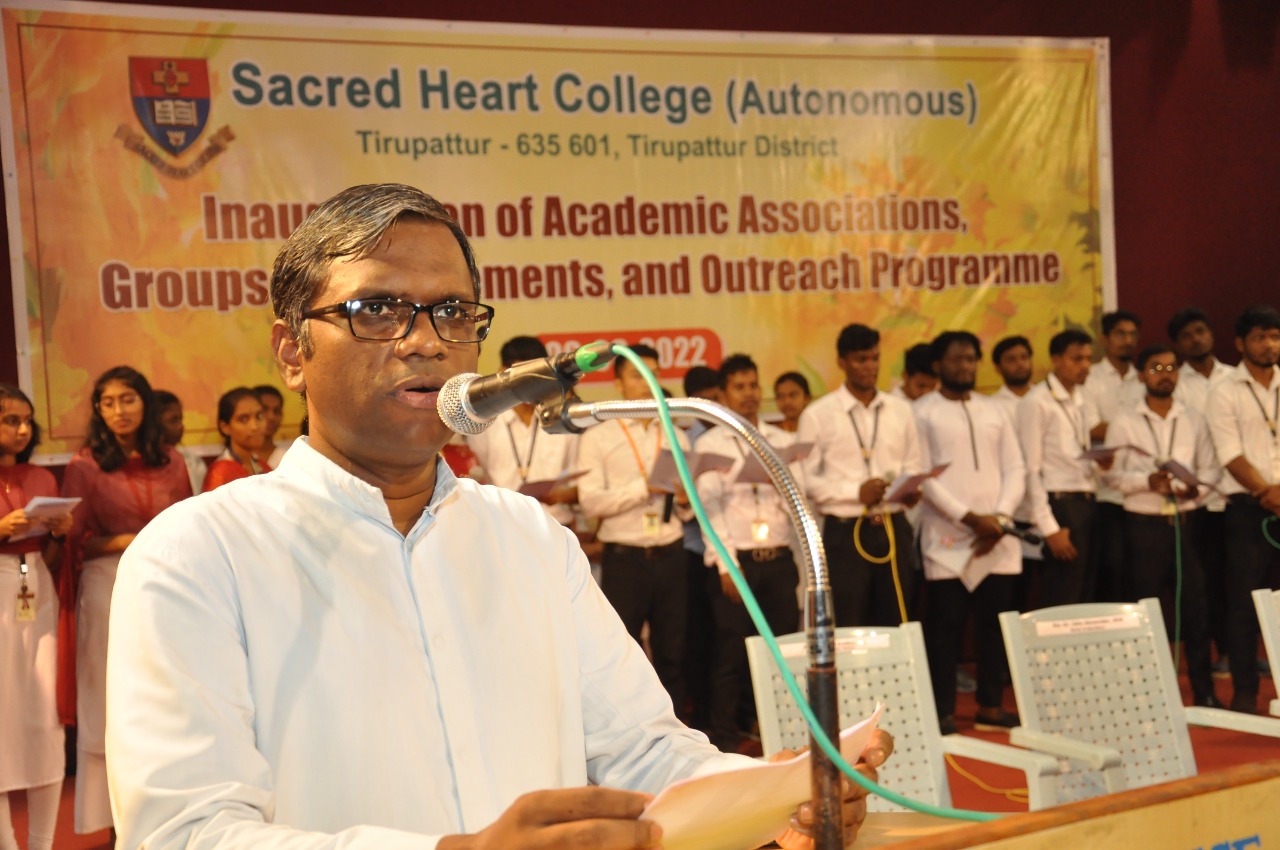