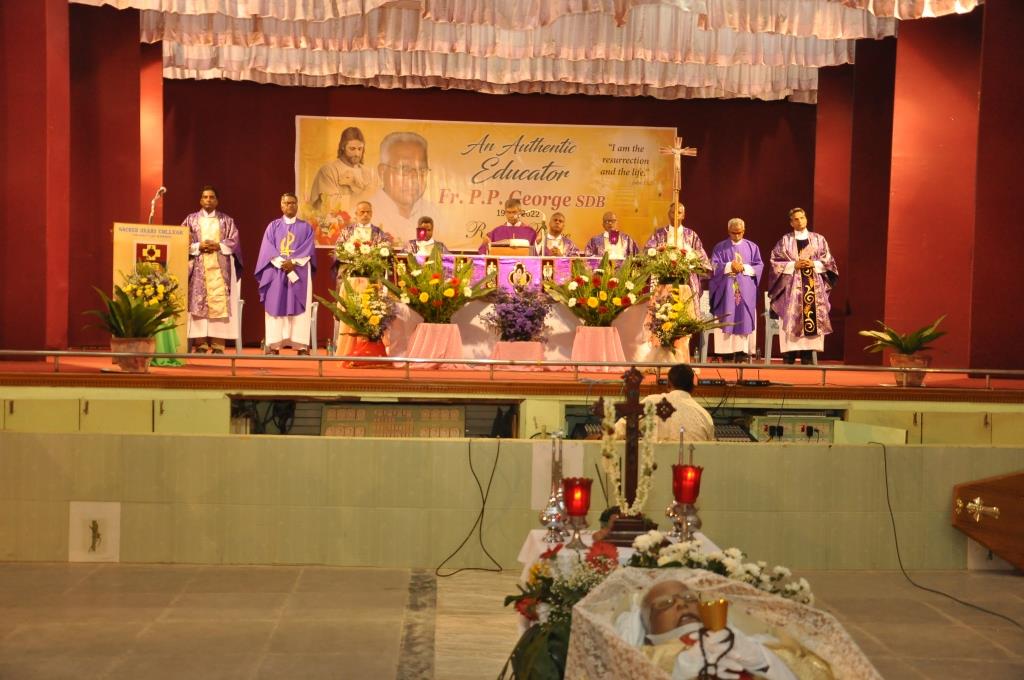 On the 13th of August, 2022 we received the sad news of the demise of Fr Palackapilly George SDB. He had a massive heart attack and left for his heavenly reward at the ripe old age of 88.

Fr P.P. George, as he was fondly called, was an educationist at heart and his passion was that every young person receives good education. All through his life he was fully involved in various educational responsibilities and did his best to make everyone feel the importance of good education in the Salesian spirit. Though he was very straight forward and self-disciplined in his dealings with them, his pupils and past pupils were attached to him and loved him. He was a good teacher and always prepared his classes and his animation talks well, for both students and teachers alike. A simple lifestyle, a dedicated spirit and a magnanimous heart were his hallmark.

He was an educator par excellence who specialized in Economics of Education, Comparative Religions, Value Education and Latin. In recognition of his services in the field of Higher Education, the State of Tamil Nadu honoured him with the Dr. Radhakrishnan Award for being "the Best Principal of the Year 1989-90", In 1992, he was chosen as "the Teacher of the Year" by the All-India Association of Christian Higher Education, New Delhi, a consortium of nearly 300 Christian Colleges in India. He had a long-standing association with Sacred Heart College as he had spent 30 long years in our institution, serving in different capacities. In particular, he spearheaded the college as the principal for 15 years, during which his unique contributions helped in shaping the college and laying the foundation for greater achievements and novelties, including becoming an autonomous institution. Indeed, he was a personification of the motto of the college: “Ready for every good work.”

Due to his close association to the college, it was befitting that his funeral ceremony be held in the college campus. The funeral was held on 14th of August, 2022 at Kamarajar Arangam in the presence of family, friends, Salesians, staff members, past pupils and alumni members who had turned up in large numbers. The Holy Eucharist was presided over by Rev. Fr. K.M. Jose SDB, the Provincial of the Salesian Province of Chennai along with other eminent Salesians  and religious who had come to pay their last respects to this legendary Salesian. During the funeral oration, people fondly remembered Fr P.P. George for his love for the poor, the young, and his commitment for quality education. The mortal remains of this great educator were laid to rest in the Salesian Cemetery at Don Bosco – Tirupattur.

Sacred Heart College feels proud to have been spearheaded by such a great salesian Educator and stands indebted for all his mighty contributions. May his life continue to inspire many youngsters and may his death stir us to make use of every opportunity with urgency. Rest in peace beloved Fr P.P. George and bless us from above. 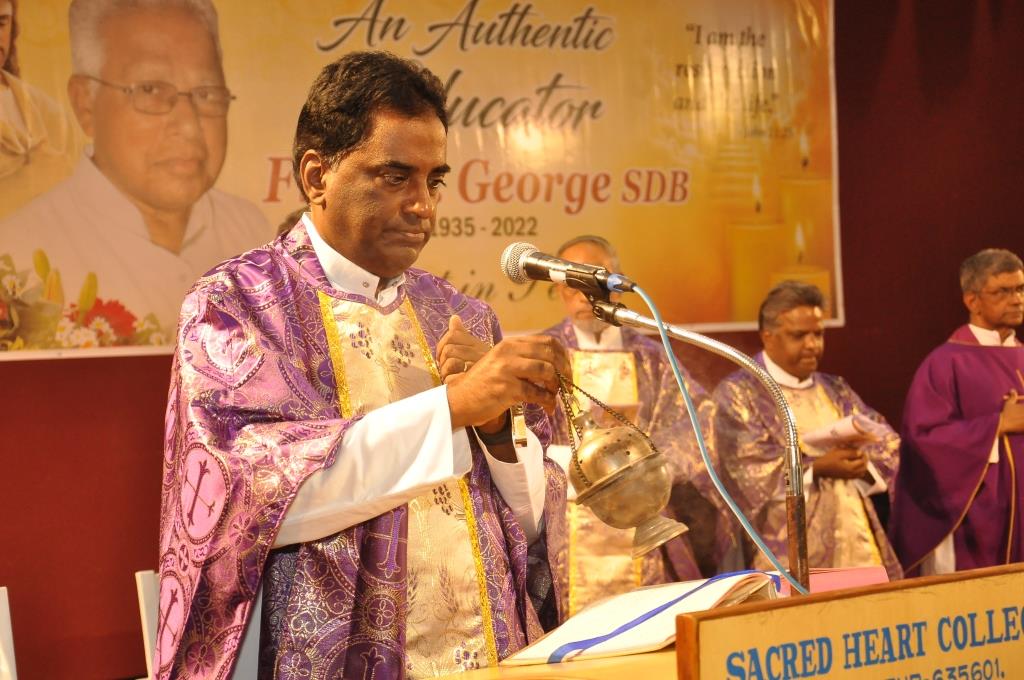 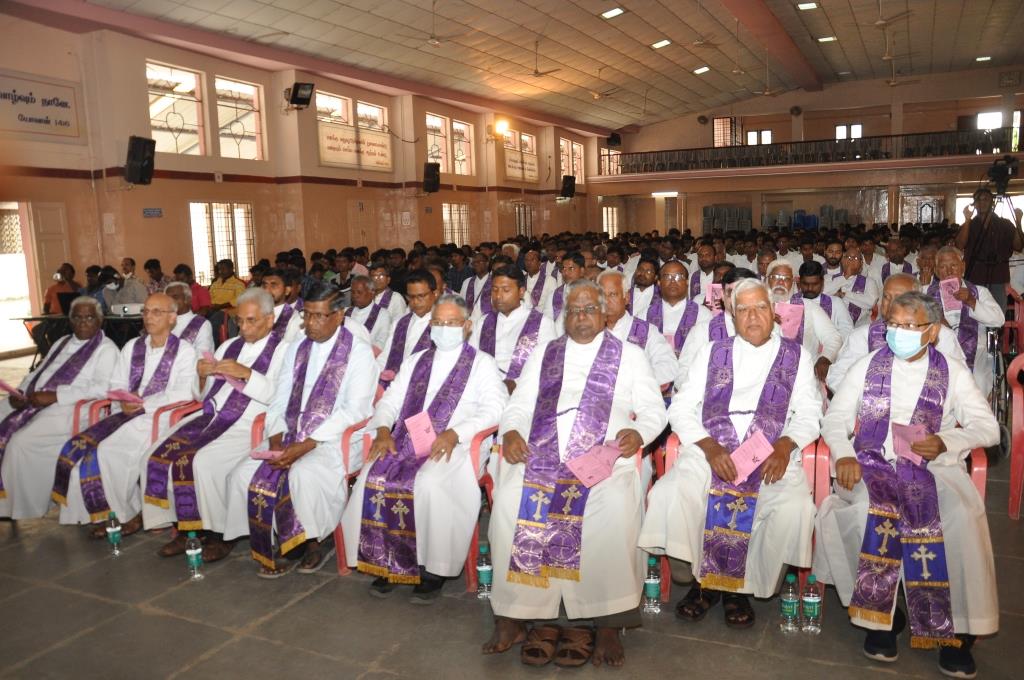 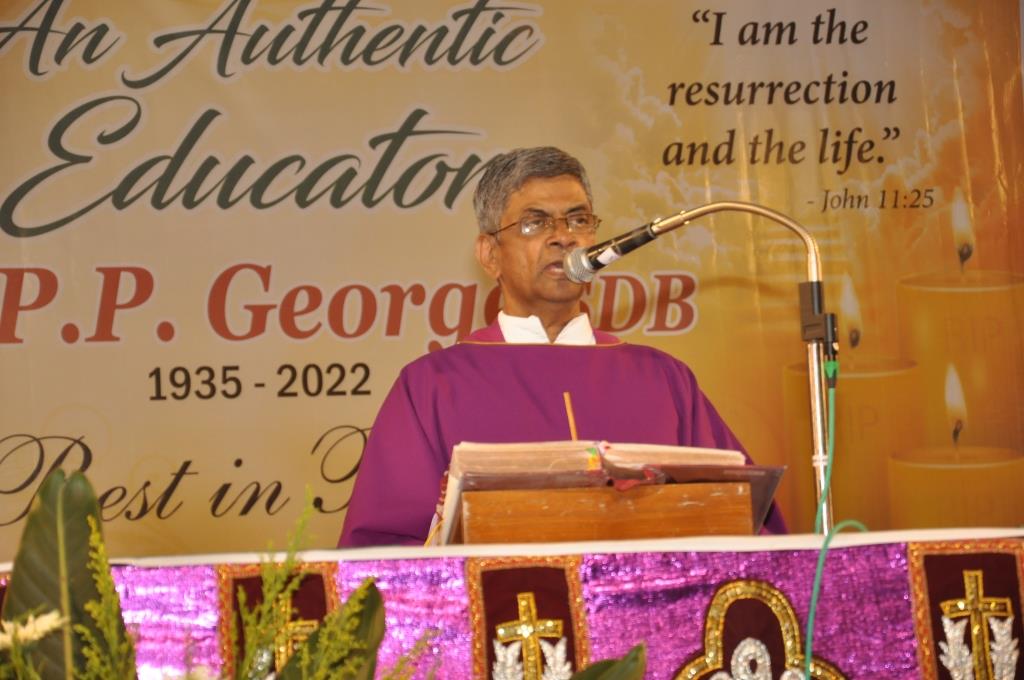